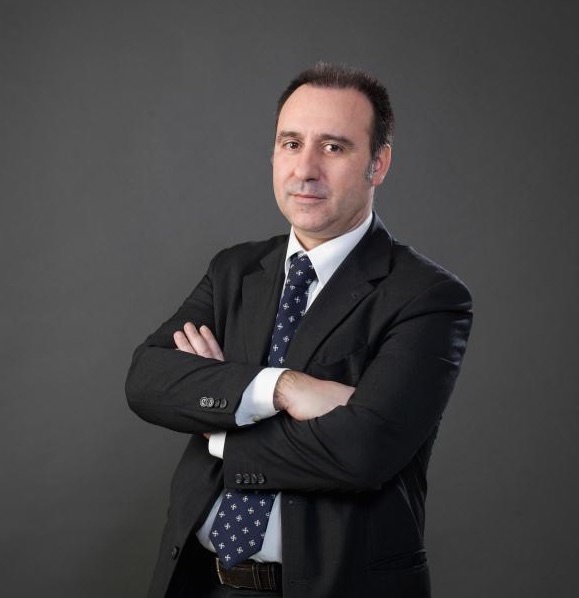 Dr. Nicola Zerbinati talks widely about the new HA filler technology of Neauvia, in this interview on Body Language magazine, the Uk and International Journal of Medical Aesthetics and Anti-Ageing.
Hyaluronic acid dermal fillers are used in a considerable number of procedures each year due to their unequalled ease of administration, effectiveness, and safety profile. Dr Nicola Zerbinati about new technologies to determinate a real improvement in HA filler performance.

According to recent statistics, the majority of the aesthetic medicine procedures carried out in the US currently occur with Botulinum toxin and then with HA dermal fillers. This trend is expected to increase since there presently is no other class of filling agent that rivals the properties and advantages of HA fillers.

A NEW ERA FOR HA BASED FILLERS

MATEXLAB, a Swiss company employing scientists and chemists with more than 20 years of experience in manufacturing injectable and biomaterial, introduced into the market NEAUVIA Organic, a line of HA fillers using completely different raw materials in comparison with all the other competitors on the market.

The innovative raw material is based on HA extract from “Bacillus Subtilis”, a probiotic bacteria, instead of the one extracted from “Streptococcus Equi”, a pathogenic bacteria. The difference is perceptible and substantial in terms of safety and biocompatibility: HA from Bacillus Subtilis contains no residual of nucleic acids, proteins, bacterial endotoxins and microbial contamination, main responsible of the allergic reactions.

Safety, efficacy and duration of fillers depends on how they are stabilised. The scientists at MATEXLAB substituted the current molecule used as cross-linker (BDDE) by all companies on the market, with a safer and more versatile polymer called Polyethylenglycol (PEG).
PEG has outstanding performances as a polymer and even more in combination with HA, if used in a biomaterial.
Safety of PEG itself is due to the lower level of toxicity in comparison with BDDE (lethal dose (LD), is 30 times lower) and due to the ability of PEG in changing the immunological reaction, blocking the formation of the foreign body giant cells (FBGC). PEG is detected as something belonging to the human body so there is no collection of plasmatic protein to stick to the biomaterial, which means no encapsulation at all.
In vitro and in vivo studies demonstrated that the implant doesn’t stimulate any antigenic or immunological reaction. PEG in combination with HA is under heavy investigations in many different fields as it gave very encouraging results as a biomimetic material to replace part of the nerves and of the brain tissues. As a filler the HA-PEG mix gives birth to an implant which has incredible rheological properties, together with outstanding mechanical and thermal resistance, far higher than any other product available on the market. The secret is due to the interpenetrating polymer network (IPN), technology where the HA polymer—a weak and easily degraded molecule—gets stronger from the combination with PEG. The advantages are strongly evident when NEAUVIA Organic fillers are injected: even though with a high concentration with HA, products get an immediate perfect biointegration with the tissues due to the great viscoelasticity, which is not effecting at all the plasticity of the biomaterial. PEG keeps the HA chains at a longer distance which means that NEAUVIA Hydrogel Matrix is much more flexible than any other BDDE product where HA chains are much closer (almost 3 times). Furthermore, all NEAUVIA fillers have a great moldability in the tissues making absolutely impossible to detect, even immediately after the injection, the presence of a foreign body that can change or create unnatural facial expression.

NEAUVIA Organic Stimulate finally solves the dispute! It is the first product worldwide with a double action: filler effect thanks to the cross-linked HA and bio-stimulation effect due to an innovative and extremely safe use of CaHA. The use of PEG as crosslinking agent allows the allocation, during the manufacturing procedure, of 8 to 12 micron size molecules of CaHA inside the clusters of the hydrogel matrix. It is very easy to understand the difference with similar products present on the market in the past years where CaHA particles were not trapped into the hydrogel matrix, but dispersed in a liquid, so all available after few weeks: collagen production is the result on an inflammatory process caused by the encapsulation of these big dimension molecules of CaHA. NEAUVIA Organic Stimulate works in a completely different way: during the natural degradation of the product, there is a continuous release of small particles of CaHA, that are directly phagocyted, stimulating the process of neocollagenesis by signalling so in a more natural and less traumatic way. Even though concentration of CaHA in Stimulate is only 1%, histologies showed that collagen production is comparable to those of the dedicated collagen biostimulator products with a concentration of CaHA of the 30%. Furthermore, hystologies revealed that collagen production happens inside the implant and not outside as for all the other products on the market: thanks to the high permeability of HA-PEG hydrogel matrix, there is a migration of fibroblasts inside the implant where they find better living conditions to proliferate and produce collagen!

Another aspect that has to be underlined is the immediate reversibility of such a product: hyaluronidase can be safely injected in case of overcorrection, without causing any side effect to the patients, something impossible with the classic particle fillers.

Neauvia hydrogel matrix is not only an excellent and durable filler, but also a biological scaffold that could be used in the near future to deliver different active ingredients and molecule into the dermis, starting from CaHA for a safe and natural collagen stimulation.

CLOSE
Compile the form here to register
Those credentials are not valid!
CLOSE

CLOSE
Compile the form here to request a reset
Those credentials are not valid!